Metering of the seed is done at the tanks. While metering in volume, the co-efficient of variation from opener to opener is just 2 percent at the feed wheel. The population rates are controlled by meter speed as opposed to varying the amount of meter flute exposure as on a box drill.

By using this method, population rates can be better controlled, resulting in lower amounts of population variance from meter to meter.  That is better than any other volumetric metering system on the market today.

The 1990 Central Commodity System (CCS™) also features metering gates at each individual metering wheel. This allows the operator to set the seed gate based on the seed size and population rate, to allow for even greater control of the population rates.  The meter gate can also be used to shut off seed flow to an individual seed meter if desired.

The metering rolls are interchangeable as well. Available metering bundles allow the operator to change over the complete meter assembly when changing crops from a high-rate crop to a lower population rate crop.

They can be easily removed or interchanged when changing over from seeding one crop to another.

Meter rolls are available from 18 port to 34 ports or nine rolls to 17 rolls per meter section.

Meter rollers are compatible with a wide variety of crops and rates.

Seed populations can be changed on the go with electronic population rate control (EPRC).

Half-width disconnect (switch B) is in base equipment to allow seeding point rows or headlands without overlapping, saving seed and input costs.

The half-width disconnects can also be activated and deactivated from within the SeedStar 2 main run page. The green boxes at the top of the screen with 1 and 2 in them indicate that both half widths of the drill are seeding.

The electrically operated half-width disconnect clutch allows the operator to shut off half of the drive system conveniently from the tractor cab.

NOTE: Tanks are not pressurized.

The large-diameter fan and high-airflow:

Air is then channeled to the plenums, which distribute the air evenly among all of the air runs.

After the air has left the plenum, it enters the venturi area.

It is important to have the ability to monitor seed flow out of each individual opener.

The SeedStar™ 2 blockage system allows the operator to monitor product flow to each individual opener.

A product flow sensor is mounted on each 1-in. seed hose located after the flow splitter. The optical flow sensor uses infrared technology for seed flow detection to ensure that the sensor does not impede product flow through the seed hose.

The SeedStar 2 display gives the operator an in-cab warning as to the exact row that has been blocked. The console will provide an audible alarm and display the exact row number to the operator that has become plugged. The SeedStar 2 display also has the ability to monitor seed population rates at the meters, reducing the number of in-cab consoles that are required by the producer.

SeedStar 2 works on both single- and dual-rank models. On dual-rank machines the sensor is located after the wye splitter. Single-rank machines have a sensor installed on each individual row.

Growers have historically had to make some difficult planting and seeding decisions due to weather. Operators have been forced to plant in wet conditions that are far from optimal in order to plant within the optimum planting window. Those operators have experienced poor performance from wet soils working in between the depth gauge wheel and the opener disk and not having a way out. This creates the possibility of the depth gauge wheel or opener disk to seize up and drag through the soil.

The spoke gauge wheel is a solution for operators who plant in these conditions to allow the mud and debris that get caught behind the depth gauge wheel to easily flow through the wheel and continue providing superior depth performance.

The spoke gauge wheel is designed for optimum performance. Its features include serviceable, stamped inner and outer rims. The wheel also has cast spokes and bearing hubs for increased strength. This allows smaller spokes, creating larger open surface area for mud and debris to flow more easily than competitor’s wheels. Another improvement over the closed gauge wheel is a snap-ring bearing retention. Simply remove the snap ring, replace the bearing, and place the snap ring back.

Heavy trash fields from no-till environments have also tested very well with the new spoke gauge wheel. Some growers provided feedback of crop residue getting inside and jamming up the gauge wheel and opener. This spoke gauge wheel has shown exceptional performance within these areas as well. These wheels are compatible with both 90 Series openers on seeding tools and planter row-units.

Below is a chart that demonstrates a competitive advantage over MudSmith™ wheels for mud and residue flow:

The wheel is serviceable along with other parts.

The ProSeries Openers are gang mounted and are hydraulically raised and lowered. The hydraulic downforce system also offers a wide range of downforce settings for the openers.

NOTE: For additional ballast in hard-to-penetrate conditions, tractor suitcase weights may also be added to the mainframe and wings to obtain maximum down pressure per opener.

Equipment compatibility (at 1.5 in. seeding depth and 8 mph) 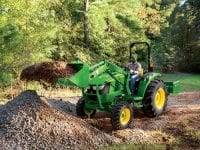 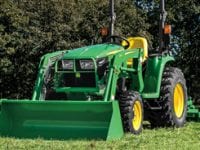 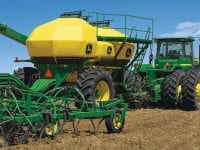 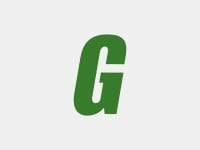 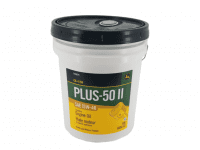 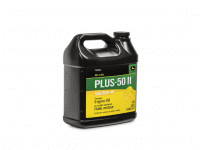 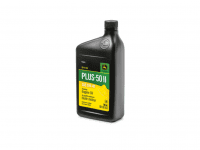 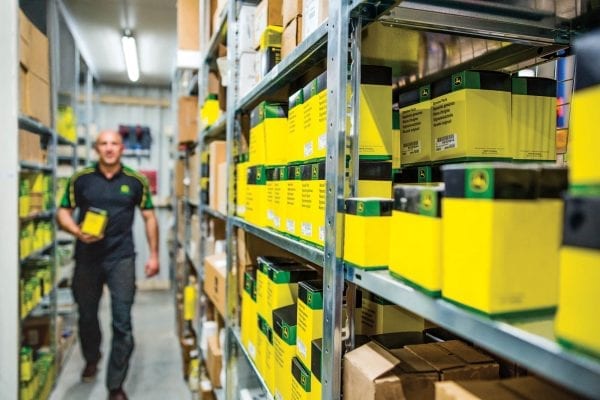 We’ve opened a Customer Contact Center to help you with all your Greenway needs! 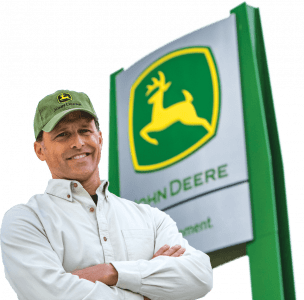 My Store
Set As My Store Store Details
Find Other Stores
Get Directions My Store
Augusta
6805 US-64
Augusta, AR 72006

Set As My Store Store Details
Powered by Lapero